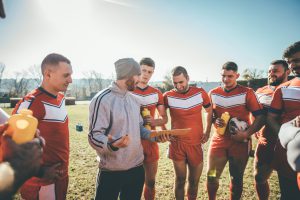 This 2019 study, from researchers at Kobe University and University of Tsukuba in Japan, examined how endurance and intermittent exercise performances are impaired by high ambient temperatures.

The purpose of this study was to investigate the effect of wearing cooling vests which cooled torso and neck area of athletes during half-time (HT) on intermittent exercise performance that imitated intermittent athletic games. This kind of ‘intermittent effort’ simulation best describes sports like American football or Rugby in which the actions is stop and start, throughout a game.  The results of the eperiment indicated that wearing a cooling vest during breaks (such as half time) significantly improves intermittent exercise performance in the heat with decreased neck and mean skin temperature and improved subjective responses.

February 3, 2016 Oceanit General Comments Off on Wearing a Cooling Vest During Half-Time Improves Intermittent Exercise in the Heat

This study, in the Journal of Applied Physiology from 2004, explored whether a cooling vest worn during an active warm-up enhances 5-km run time in the heat. Seventeen competitive runners (9 men and 8 women) completed two simulated 5-km runs in a hot, humid environment (32°C, 50% relative humidity). The athletes completed active warm-ups during which they wore either a T-shirt or a cooling vest. Results showed the 5-km run time was significantly lower (by 13 second) for those who warmed up in a cooling vest, with a faster pace most evident during the last two-thirds of the run.